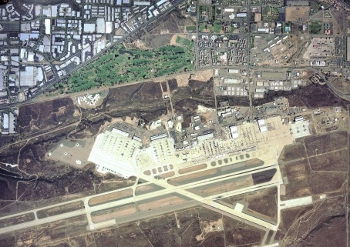 An on-site renewable power installation at the US Marine Corps Air Station (MCAS) in Miramar, California, US is to gain a battery energy storage system in order to become a microgrid.

A 250-kW, 1-MWh battery system from Primus Power, called the EnergyPod, will be integrated with the air station’s existing 230-kW photovoltaic array in mid-2014. The combined microgrid system will reduce the station’s peak electrical demand on weekday afternoons and provide power to critical military systems when grid power is unavailable.

The installation is part of the air station’s plan to rely solely on on-site power by 2017, and to generate enough electricity to support the surrounding city of San Diego in the event of a grid outage. The station currently gets part of its energy from generators powered by landfill gas.

à‚ ‘The Department of Defense is adopting microgrids at stationary bases to sustain operations independent of what is happening on the larger utility grid,’ said Tom Stepien, CEO of Primus Power.