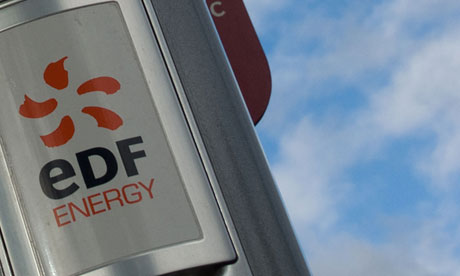 A decision by the unions, who take up six seats on the board of EDF, to abstain from the voting on whether to progress the Hinkley Point C nuclear power project, has cleared the way for a final investment decision.

EDF said in a statement that after consultation with EDF’s Central Works Council yesterday the way was now clear for a final investment decision (FID) to be made on the Hinkley Point C project.
The company said employee representatives from the trades unions CGT, FO and CFE-CGC had “supported a resolution stating they are not in a position to give their opinion about the project”.

It added that the EU referendum vote “does not change the fundamental features of the project nor the willingness of those involved to go ahead with it”. The company can now proceed to make a FID, which is to be approved by a vote of its board in September.

After seven months of consultation, the company said it had “made every effort to answer accurately” all the written questions from the employees’ representatives and their appointed experts so that they would be able to give an informed opinion.

During yesterday’s meeting, EDF offered to provide information about the consequences on the project of the British vote on 23 June to leave the EU, known as ‘Brexit’. EDF said it “relies on existing sensitivity studies which had already been communicated to the employee representatives and considers that the vote does not change the fundamental features of the project nor the willingness of those involved to go ahead with it.”

Meanwhile the UK’s Nuclear Industry Association (NIA) and the French Nuclear Society (SFEN) have committed to continue co-operation in the sector.

They have signed an agreement that recognises the importance of nuclear energy in ensuring emissions reductions and will promote collaboration between industries and skilled workforces in both countries.