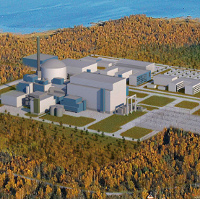 The Finnish government has come under fire for approving a Russian-built nuclear reactor despite reservations over its design as well as the political implications associated with it.

Rosatom holds a 34 per cent stake in the Fennovoima project and Finnish MEP Olli Rehn says Finland ought to row in with the rest of Europe in taking a hard line against recent Russian aggression in the Ukraine. The European Parliament has called on the EU to consider freezing nuclear co-operation with Russia.
“The Finnish government would do wisely to revisit the political and economic sense of the Rosatom deal,” Mr Rehn said, according to the FT. “It is also a question of excessive energy dependence. There are other ways to ensure reasonably priced basic energy for the Finnish industry. And we should not crowd out substantial investment in renewable energy sources.”

There are claims that technical plans for the plant were based on a flawed and outdated design by Rosatom. Jukka Laaksonen, former head of Finland’s Radiation and Nuclear Safety Authority (STUK) and now vice-president of Rosatom’s operations in Finland, told Keskisuomalainen newspaper that the plans for the new Fennovoima plant were in fact an old design for a nuclear power station near St Petersburg in Russia.

Rosatom was currently formulating a new, safer, specification for the plant, which would be submitted next summer, Mr Laaksonen said. “The Leningrad [now St Petersburg] plant has thin walls, but the [new plant] will be built three times thicker.”