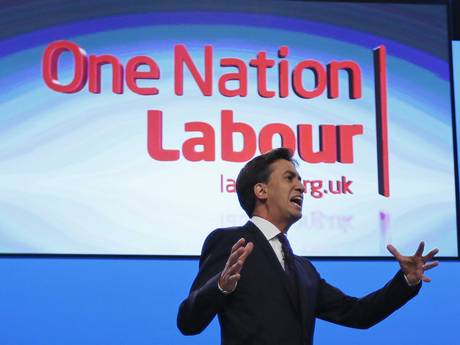 Power industry chiefs have reacted with alarm to the Labour party leader Ed Miliband’s assertion that if his party wins the next election they will freeze gas and electricity bills.

In a conference speech in Brighton, England Mr Miliband said they would initiate the price freeze for every home and business in the UK for 20 months if it wins the 2015 election.

In addition he told the gathering that the big energy firms would be split up and governed by a new tougher regulator to give people “a fairer deal”, spelling the end of Ofgem.

But energy companies say the policy could lead to power shortages, and jeopardise investment and jobs.

John Cridland, director general of the CBI, the nation’s main business lobbying group said, “”Rising energy bills are tough on families and businesses. But the proposed energy price freeze will deter much-needed investment and is at odds with Labour’s pledge to decarbonise the economy and create a million green jobs.

“The main reasons that bills are going up is the combination of rising wholesale prices, the cost of policies needed to keep the lights on and the move to a low-carbon economy.”

However the Labour leader said firms had been overcharging “for too long” and it was time to “reset” the energy market. He added that the program would buy time for creating a new energy regulator with the authority to reduce prices

The move would cost energy companies as much as $4.5bn while helping consumers cope with a squeeze on their finances caused by the recession and slower wage growth.

An average household’s bills for power and gas has risen 68 per cent since the beginning of 2008 even though the economy is in recession, according to data compiled by Bloomberg.

“The companies won’t like it because it will cost them more,” Miliband said, adding “But they have been overcharging people for too long because the market doesn’t work.”

Labour’s energy spokeswoman Caroline Flint said the party would force companies to split up their energy generation and consumer sales businesses and require all electricity to be pooled and traded on the open market to drive down prices.

The proposal would mean an about turn on Labour’s support for Prime Minister David Cameron’s energy policy, which is designed to lure $175bn for replacing older power stations, raising concerns from utilities about the country’s energy security.

Miliband’s remarks raise the risk that Labour would rip up energy legislation that’s passed most of its hurdles in Parliament. His proposals suggest a new round of legislation to restructure power markets if the opposition wins the next election.

The most immediate risk is Electricite de France SA’s talks with the government about building the first new nuclear power plant in two decades.

“If prices were to be controlled against a background of rising costs it would simply not be economically viable for Centrica, or indeed any other energy supplier, to continue to operate and far less to meet the sizeable investment challenge that the industry is facing,” Centrica said in a statement on its website last night. “The impact of such a policy would be damaging for the country’s long term prosperity.”

Meanwhile SSE came up with an alternative saying that instead of freezing tariffs, the government should recoup the cost of promoting energy efficiency and renewables through general taxation rather than by adding them to household energy bills.