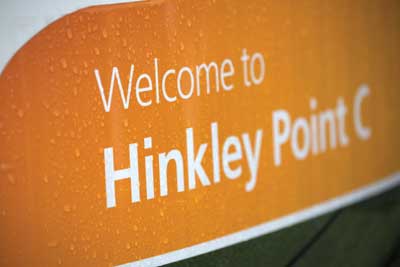 It’s been a long, often tedious process for the Bill, which has at its heart the Electricity Market Reform, a package of measures designed to stimulate à‚£110bn of investment in low carbon power generation in Britain.

The Energy Bill was unveiled in the early stages of the Conservative/Liberal Democrat coalition government coming to power, with Prime Minister David Cameron claiming he would lead “the greenest government ever”.

Quite whether that claim has held true is open to some considerable debate, but the passing of the Bill into law gives potential investors in the UK power market some further certainty over the energy policies coming out of Parliament.

Today Maria McCaffery, chief executive of trade group RenewableUK said the Bill’s passage through Parliament had been “a long and sometimes arduous process for everyone involved but we recognise that the Energy Bill has now become legislation and the framework for development beyond 2017 is known”.

One of the key aspects of EMR is contracts for difference, a guaranteed sum ” or strike price ” paid to generators of low carbon power for the electricity they produce. The strike prices differ for each form of generation with the most high-profile so far being the à‚£92.50 MW/h which the government will pay EDF for electricity generated from its proposed new nuclear reactor at Hinkley Point C in Somerset, England.

That agreement has come under the gaze of the European Commission, which today launched a State Aid investigation into the deal.

In a statement, EDF said it was looking forward to engaging fully with the Commission and interested parties during the course of the investigation”.