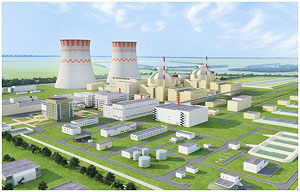 A Turkish parliamentary energy sub-commission has estimated that the total cost of the country’s nuclear power plant projects will exceed $70bn by 2023.

Turkey is developing its nuclear power capability in a bid to become more energy independent. It relies heavily on foreign energy resources like natural gas and oil, which drive almost half of its electricity production and cost up to $60bn a year.

Head of the energy sub-commission Halil Mazicioglu told Anadou Agency, “Our goal is to have both Akkuyu and Sinop nuclear power plants to be operational and a third one to be under construction by 2023. With the additional third project, the sum of Turkey’s nuclear programme will exceed $70bn.”

In their bid to diversify energy sources, the Turkish government is set to implement various legislations aimed at restructuring Turkey’s nuclear field, including the creation of a Nuclear Energy General Directorate for co-ordinating the nuclear projects and preparing necessary infrastructure and programming.

This legislation is expected to be ratified by the parliament during the upcoming legislative term.

A four-reactor nuclear power plant is to be built in the Mersin province on Turkey’s Mediterranean coast, while there are also plans to build a second four-reactor plant in the port city of Sinop on the Black Sea coast with a Franco-Japanese consortium.

A third project is expected to be constructed with Turkey’s own domestic resources.