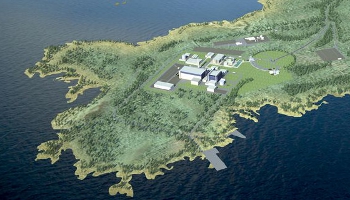 Both sides are currently in direct negotiations, with the Finnish company being presented with the merits of the Japanese firm’s 1600 MW ABWR as a possible alternative to Areva’s 1700 MW EPR reactor.
The feasibility of a mid-sized reactor (1000-1300 MW) is also under consideration for the project, with Fennovima stating”mid-sized reactors from Toshiba as well as from Areva and Rosatom” as potentially suitable alternatives.

Work, to be completed by end March 2013, will include a preliminary assessment of different alternatives in respect of technical feasibility, licensability, economic and financial feasibility as well as project schedule.

Nuclear Engineering International reports that the news comes as a direct result of the withdrawal of German utility E.ON from the project in early February.