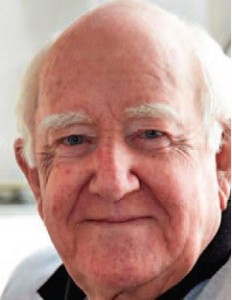 South Africa’s well-documented power shortage problems require nuclear power as a solution, according to one of the country’s foremost energy experts.

Speaking at the PowerGen Africa conference in Cape Town, Professor Philip Lloyd of the Energy Institute at the Cape Peninsula University of Technology said, South Africa needs an additional 5 TWh of energy a year to keep up with its growing population and meet the energy shortage.

“Renewable energy will help us, but not save us. We need nuclear,” he told several hundred delegates at the conference, adding that the shortage of energy capacity was “disastrous” for the economy.

Lloyd went on to question the credibility of renewables as a means of addressing the country’s severe capacity problems.

“Renewables are the flavour of the year, but there are limits to their growth. Germany reached a point where its wind turbines were stopped, because of overcapacity and grid stability, 15 000 times in March 2015 alone. Intermittency is a real problem. It requires an increased spinning reserve to ensure grid stability…and spinning reserve is very costly.”

“The Renewable Energy Independent Power Producer Procurement Programme has been a roaring success. But we have a shortfall. Nuclear is a must,” he told a workshop hosted by Russian State nuclear corporation Rosatom.

He went on to say that he expected the country to suffer for the rest of the decade before nuclear power begins to have a positive effect.

Lloyd added that solar, wind, nuclear and gas must all be included in the mix if the country is to survive economically.

“Gas is neat, efficient, low-cost and Mozambique has lots of it, but it will take time to develop the infrastructure needed to supply the power stations.”

“If we are to survive beyond 2020, we need to start finding gas and building gas infrastructure soon. We need to increase our wind and PV significantly. We need to find some sources of hydropower that can be brought on stream by early 2020 and plan for a significant nuclear fleet.”

Mr Lloyd ended his speech by pointing out the continent’s disappointing performance thus far, in meeting its enormous potential in the power sector.

“It’s shame on us on the continent that we have so much energy and so little power.” He added that sub-Saharan African electricity penetration was about 20 per cent and as low as 5 per cent in some rural areas. In contrast, about 80 per cent of South Africa had electricity, with Botswana aiming to reach 80 per cent within the next couple of years.