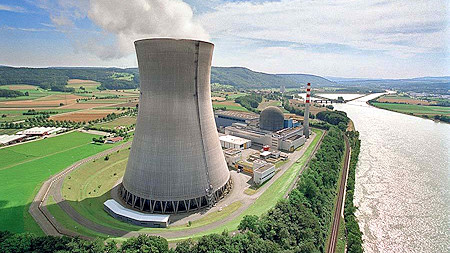 A poll released by a market research company in Switzerland shows that the country’s inhabitants want a say in whether the country retains or disposes of its nuclear power plants.

Some 78 per cent of people said they want to be able to vote on Switzerland’s energy transition and nuclear phase out and a significant majority are not entirely comfortable with what a phase out will mean for the country’s energy security.

Some 64 per cnt of respondents said that they considered Switzerland’s five existing reactors essential in meeting the country’s electricity demand. This is around the average level reported since the first poll in 2001, but marks a 3 per cent increase from 2012.

68 per cent of people said that Switzerland’s existing reactors should remain in operation as long as they are safe. This compares with 62 per cent of respondents in previous year. Three-quarters of those questioned consider Swiss nuclear power plants to be safe.

While 62 per cent said that there are cost advantages to using nuclear energy, recognition of its environmental benefits is low when compared with countries such as the USA and UK. Only 42 per cent of respondents said they believe that existing nuclear power plantsà‚ playà‚ in reducing carbon dioxide emissions.

The federal government has already decided to phase out the five nuclear reactors, which generate 40 per cent of the country’s electricity, by not replacing them with new nuclear capacity at the end of their anticipated working lives. The move would effectively see all of Switzerland’s nuclear power plants shut by 2035.

World Nuclear News reports that legislation to formalise that phase out decision has stilled to be enacted, as is an energy policy that provides for replacement capacity.

The results of the poll suggest that Switzerland’s phase out policy is not fully supported by the Swiss people. Some 73 per cent want Switzerland to be able to produce all of its electricity while 78 per cent do not want federal policies to lead to Switzerland being more dependent on other countries.

According to the latest poll, as in 2012, 58% of Swiss people want to maintain the existing share of nuclear and hydro in the country’s energy mix until the costs and impacts of the energy transition become clearer.