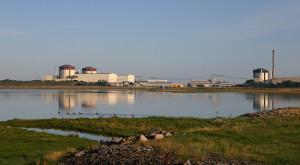 With Sweden’s new government in place, its goal to shut down the nation’s older nuclear reactors is proceeding toward becoming policy.

The newly-elected governing coalition includes the Green Party, which aims to impose more stringent safety regulations on existing nuclear installations as well as increase the nuclear tax by 16 per cent and the waste fee by an unspecified amount, with the goal of closing a significant portion of Sweden’s nuclear capacity within four years. In addition, the Greens want to nix state-owned utility Vattenfall’s planned programme to replace its aging reactors, which had been approved by the previous government. à‚

Sweden‘s other major parties support the use of nuclear power and analysts say a parliamentary vote would result in defeat for the Greens. However, the party could avoid a vote by simply tightening standards and raising taxes to the point where operating older plants becomes unprofitable. à‚

“The Social Democrats and the Greens have agreed that the safety demands will be tightened and now we’re going to discuss how that will happen,” Green Party energy spokesperson Lise Nordin said in an interview with the Bloomberg news service. “The [nation’s nuclear regulatory] authority is developing new standards after Vattenfall’s application to build new reactors. That raises the question of how old reactors’ safety should be weighed against new demands.”

Given Sweden’s current low power prices, analysts have questioned whether investing in safety upgrades for reactors nearing the end of their lifespan is financially viable.

However, Vattenfall has said it will stick to its plan to operate the Ringhals reactors until 2026, as the plan includes provisions for safety upgrades. And industry leaders have cautioned against destabilizing the nation’s energy mix, with Vattenfall CEO Magnus Hall saying that renewables investment would be affected by cuts to the nuclear sector’s profits.

Birgitta Resvik, vice-president of corporate relations at Fortum‘s Swedish unit, which owns a 45.5 per cent stake in the Oskarshamn plant, said: “Any strategy to make a specific sort of power generation unprofitable is questionable in principle, as it removes the prerequisites for a functioning energy market at the same time as it opens up for similar initiatives toward other sorts of power generation.”

Agneta Rising, director general of the World Nuclear Association, said the plan would create “a very bad situation for Sweden” and “a bad example for the rest of the world”.

“There is big support for using nuclear power in the country and the electricity system is working very well,” she said. “From regulation to the operation of nuclear power plants, to a fully-costed system for taking care of the waste, there are no major obstacles in the way of the system, which has worked well for more than 40 years.

Sweden generated 43 per cent of its power from its installed nuclear capacity in 2013. The Ringhals plant contributes around 20 per cent of the nation’s power.

The Social Democrat-Green coalition has said Sweden should aim to get at least 30 TWh of its electricity from renewable energy sources by 2020, with increased support for offshore wind and solar power.