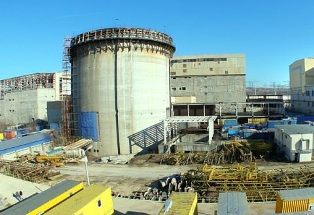 A letter of intent to develop two new units at a nuclear plant in Romania has been signed by China General Nuclear Power Group (CGN) and the plant’s owner, Romanian firm Nuclearelectrica.

Further details of the collaboration have not yet been published.

The Cernavoda plant (pictured), located in the Dobrogea region, features two operating Candu 6 pressurised heavy water reactors from Atomic Energy of Canada. The plant contributes around 20 per cent of Romania’s total electricity generation and produced 8600 GWh in the first nine months of this year.

Romania’s government is the main shareholder in Cernavoda and has been seeking to finance the plant’s expansion. Of the five units initially planned, three have remained undeveloped since 1991 despite the formation in 2002 of a new company, EnergoNuclear, to complete units 3 and 4. EnergoNuclear’s founding partners GDF Suez, RWE, Iberdrola and Czech utility CEZ all withdrew from the project.

In October, CGN signed a letter of intent to partner with EDF on the UK’s planned Hinkley Point C nuclear plant.