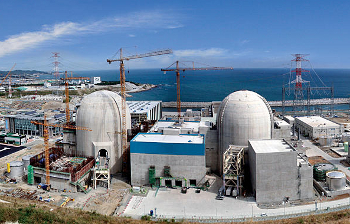 Seoul has approved a plan to build two nuclear power plants, in a significant boost for South Korea’s nuclear sector.

It is the first nuclear approval since the Fukushima disaster, with the plants expected to be completed by 2020. The government is also attempting to restore confidence in the industry after a scandal over parts supplied using fake certificates.

The new plants approved on Wednesday will be on top of five nuclear power plants already under construction and another four planned, including one that will be completed in July this year.

The power plants will have 1400 MW capacity each, and are due to be completed by the end of 2020, costing in the region of $7bn.

The green light for the plants comes only two weeks after Asia’s fourth-largest economy announced a policy shift to cut its reliance on nuclear power to 29 per cent of total power supply by 2035, down from a planned 41 per cent by 2030.

Despite the new policy direction, Seoul still plans to double its nuclear capacity over the next two decades as its state-run industry builds at least 16 new domestic reactors and is pushes for overseas sales.

A series of nuclear reactor shutdowns since late 2012 due to the safety issues have raised the risk of blackouts.

South Korea, building and operating its reactors through state-run utility Korea Electric Power Corp (KEPCO), has 23 nuclear reactors, which generate about a third of its electricity and any move away from nuclear would mean it had to spend billions of dollars to pay for extra fossil fuel imports .