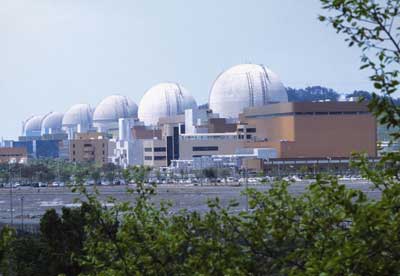 South Korea says information leaked into the public domain of some of its nuclear power facilities only includes ‘non-critical’ technical information.

Seoul is investigating the online leak, suspected to come from a militant environmental group, of partial blueprints and operating manuals for the reactors, as the perpetrator threatens to continue publishing data unless three facilities are shut by Christmas.

The latest of the leaks included the claim that Korea Hydro & Nuclear Power Co.’s network is infected with multiple viruses. The state-run operator will run simulations today and tomorrow as part of training in case of a cyber-attack, the energy ministry said.

“So far, the data that’s been leaked contain non-critical technical information that has no impact on the safety of nuclear plants,” the ministry said in a joint statement with the Nuclear Safety and Security Commission yesterday. Data critical to safety is kept separately from Korea Hydro’s internal network from which data was leaked, the ministry said.

The latest post by the apparent instigator of the leak threatened further action if the South Korean government goes ahead with plans to export its nuclear technology abroad.

“Will you take responsibility when these blueprints, installation diagrams and programs are released to the countries that want them?” said the latest post on Dec. 20. “If you play it this way, we will release 100,000 pages of data that’s not yet leaked. Do you want to export nuclear?”

Korea Hydro operates 23 nuclear reactors and supplies about 30 per cent of the country’s electricity.