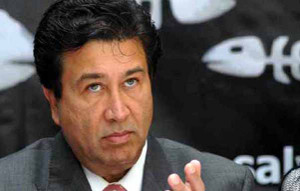 Hector Yunes, the senator of Mexico’s Veracruz state (pictured), has called upon Sener, the ministry of energy, to conduct a study into the impact of a proposed extension to the Laguna Verde nuclear power plant.

Laguna Verde is located in the state of Veracruz and is Mexico’s largest nuclear power facility, producing in the region of 5 per cent of the country’s electricity demand.

The expansion plan, which forms part of Sener’s 2013-17 energy strategy, was approved by the senate last year.

However, Yunes has brought things to a head because in recent weeks it has been reported by several media outlets that the Comision Federal de Electricidad (CFE) wishes to build two new nuclear power stations in Veracruz.

However, neither the generating capacity nor the estimated construction costs of either nuclear power facility have been revealed by CFE, according to BNamericas.