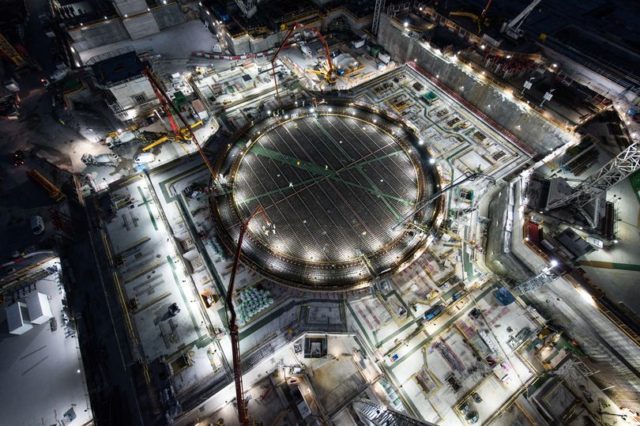 Crews at Britain’s only current nuclear power plant construction project reached another milestone with the completion of the second reactor base.

The 49,000 metric tonne reactor base of Hinkley Point C’s second unit was completed on schedule, according to plant developer and French-based firm EDF Energy.

The final concrete pour ended on Friday 29 May 2020 and checks have now been completed successfully.

The final pour of 8,991m3 sets a new UK record for a single, continuous pour. It surpasses by 37m3 the previous record set during construction of the base for Hinkley Point C’s first unit in June 2019.

Construction on the planned 3,200 MW nuclear power plant in Somerset began in December 2018 and may be completed by 2025.

The $28bn project is expected to generate carbon-free electricity for 60 years, according to reports. The first reactor base was completed one year ago this month.

“I want to thank workers and our union partners for their extraordinary efforts to make safe working possible during the pandemic,” Hinkley Point C Managing Director Stuart Crooks said in a statement. “They have adapted to major changes in everyday behaviors and working practices which would have been unimaginable a few months ago.

“The commitment of our specialist suppliers across the UK and in Europe has also been instrumental in helping us safely achieve this major milestone,” Crooks added. “And we must never forget the duty of care we owe to our community, whose ongoing support is vital to the success of our project.”

Welcoming the announcement that the Hinkley project passed its latest major construction milestone on schedule, Tom Greatrex, Chief Executive of the Nuclear Industry Association said: “It is excellent news that Hinkley remains on track, despite the challenges of the pandemic. This success follows on the heels of the news that the Hinkley Point C project beat its regional investment target five years early. 1,100 local companies have already benefited to the tune of billions, with 10,000 jobs already.

“This power station represents a big step towards Net Zero emissions. It also shows nuclear’s large scale green growth opportunities are real, and there is more to come.”

Areva will supply two pressurized water reactors for the Hinkley Point C station. Firms involved with the work or to eventually supply components include Wood and GE, among others.

Once completed, Hinkley Point C would be the nation’s first new nuclear generating capacity since the 1990s. EDF currently operates 15 nuclear reactors in the UK.