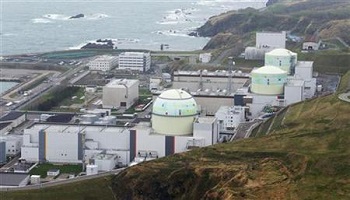 Hokkaido Electric Power Company of Japan is reportedly in negotiations with a state-owned bank for a possible 50bn yen ($483m) bail-out.

According to Reuters, if reports are correct this makes Hokkaido, who owns and operates the 2070 MW Tomari nuclear power plant (pictured), the second nuclear operator to be bailed out since the 2011 Fukushima crisis.

Quoting an unofficial source, Reuters says the power utility has approached the Development Bank of Japan to buy preferred shares in the company.

The Financial Times reports that Hokkaido Electric estimates it suffered a 60bn yen net loss in the fiscal year through March, its third year in the red following the Fukushima-Daiichi nuclear meltdown in 2011.

Tokyo Electric Power Company was bailed out by the government in 2012.