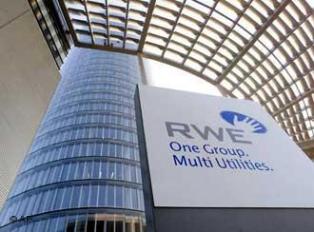 RWE has been forced to concede defeat in its bid to bring in a new outside investor from the Middle East.

Germany’s largest power producer has announced that it won’t be selling an equity stake. It had been hoped that a Middle Eastern investor could help alleviate strain on the company as a result of plunging wholesale power prices, a $29bn debt and heavy provisions against the costs of winding down nuclear assets.

The company said that option is now off the table but alternative collaboration is still possible.

à‚ “We don’t pursue the issue of an equity participation,” Vera Buecker, an Essen-based spokeswoman for Germany’s largest power producer, told Bloomberg. “Our talks focus on the implementation of single projects in the MENA region, which may result in a long-term partnership.”

The utility had been in talks to sell a 10 percent stake in the company to an Abu Dhabi investor since last year, people with direct knowledge of the matter said in March.

A source told Reuters previously that RWE was talking to green energy company Masdar. The company denied that it was in talks with Abu Dhabi fund Aabar about projects or the sale of a stake. German magazine WirtschaftsWoche had reported earlier that talks between the companies were at an advanced stage.