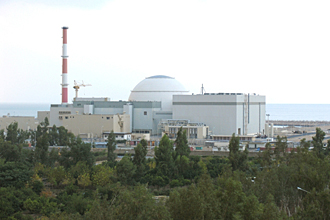 Talks between Iran‘s energy ministry and Russian EPC company Technopromexport could lead to the construction of five new thermal power plants in Iran.

While no further details have been given, the $10bn package of projects is said to be planned for the near future and would include equipment supply and renovation of supply networks.

In parallel negotiations, Iran and Russia’s state nuclear power company Rosatom have agreed that Russia will design and build two additional units at Iran’s 1 GW Bushehr nuclear power plant, located in the south of the country.

The terms of the agreement include construction of the two new plants, which are to have a minimum capacity of 1 GW each, as well as two desalination units.

Rosatom CEO Sergei Kiriyenko indicated that the contract will be signed by the end of this year.