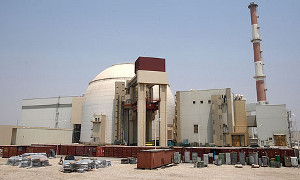 At a ceremony this week to mark a new trade agreement between Iran and Russia, the latter’s energy minister said Russia is interested in building new power plants in Iran as well as refurbishing the nation’s older plants.

Alexander Novak said Russia “can improve the power generation conditions in Iran by constructing new power plants”. He added that “Russians’ partnership in the construction of [Iran’s] Isfahan Steel Mill, power plants and Bushehr Nuclear Power Plant, which started in the second half of the twentieth century, indicates good cooperation between Iran and Russia”.

The two nations are determined to undertake joint projects and set up joint ventures, Novak said. A trade meeting will be held in Moscow to continue the talks, he added. à‚

Novak also met with the head of Iran’s Atomic Energy Organization (AEOI), Ali Akbar Salehi, during his visit. In June Salehi said Iran had agreed to cooperate with Russia on building two new nuclear reactors, while other sources have reported negotiations between the two nations for construction of a total of eight reactors.

Russia’s state-owned nuclear firm Rosatom announced in June that a second unit at the 1 GW Bushehr plant (pictured) was also being negotiated.

Salehi has said that Iran plans to build a new nuclear power plant every two years.

In related news, Iran said this week that it has arrested a Ukrainian citizen for allegedly attempting to sabotage the Bushehr plant. A report in the Iranian daily Hamshahri newspaper said the “Ukrainian expert” had been working for a Russian contractor at the plant. The report did not indicate the nature of the attempted sabotage.