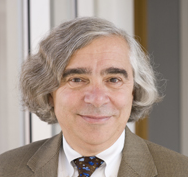 A joint agreement has been signed between the US and Russia to significantly expand cooperation on nuclear power, research and security projects.

“Jointly, these communities will work to further develop advanced technologies that can address some of our most pressing nuclear energy and nuclear security challenges,” Mr Moniz said in a statement, reported in Novosti.

Rosatom said in a statement that the agreement underscores the prospects of long-term interaction between the two countries in critical areas including “civil nuclear power; design of nuclear power plants and new nuclear reactor fuels; nuclear science; the use of nuclear and radiation technologies in medicine and industry; and radioactive waste management.

The agreement paves the way for the two countries to collaborate on such projects as a research reactor under development and scheduled to be opened in Dimitrovgrad in 2019, which will be used for the testing of nuclear fuel as well as fuel cycle research.