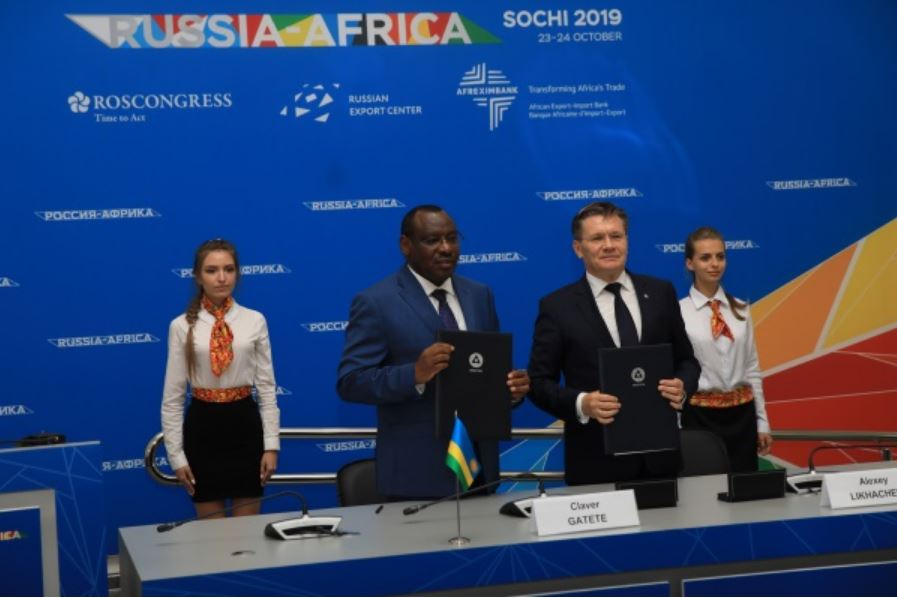 Russia and Rwanda have signed an agreement to construct the first Centre of Nuclear Science and Technologies in Rwanda with the participation of ROSATOM. The signing ceremony took part at the Russia-Africa Economic Forum in October in Sochi.

The CNST will become a modern platform for carrying out a whole range of scientific research and practical application of nuclear technologies. It will allow the production of radioisotopes for widespread use in industry and agriculture, as well as in healthcare, thus addressing the issue of lack of cancer treatment.

Moreover, the Centre will facilitate the analysis of elemental composition of ore and minerals and environmental samples, train highly qualified local personnel for the nuclear industry, contribute to digital technologies research and many others.

The CNST is expected to comprise of a multi-purpose research water-cooled reactor with up to 10 MW capacity. It will be equipped with laboratories, systems and functional units necessary for safe operation.

The forum served as a platform to establish new and confirm existing relationships between Russia and Africa, especially in terms of developing nuclear power on the continent.

According to Alexey Likhachev of Rosatom State Atomic Energy Corporation: “Our specialists have been working on the African continent for several decades. In recent years, this work has been given a new boost both in terms of its form and content”.

“We have fully established the regulatory framework with a third of African countries, all the way up to the contractual framework. Half of them already have and are actively discussing specific joint projects with us, which are stipulated in a contract”, Likhachev said.

Demand for nuclear power and related expertise are increasing as Africa undergoes industrialization and urbanization and Russia will be supporting through key investments and sharing of competencies.

The Forum identified priority areas of economic cooperation in which concrete results can be achieved in the coming years. The main areas identified were energy, including renewables, infrastructure development, digital technologies, oil and gas exploration, science and education.