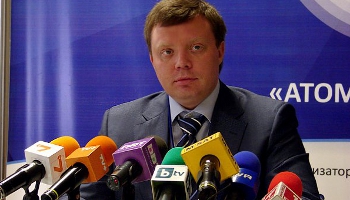 The Deputy Chief Executive of Russian state-owned Rosatom says the company’s decision on whether to enter the UK nuclear power market will depend on whether EDF (Euronext: EDF) reaches a deal with the British government on a guaranteed minimum power price for its proposed Hinkley Point project.

Rosatom Deputy Chief Executive Kirill Komarov said the company is considering selling reactors in Britain and will soon decide whether to apply for a UK reactor licence based on the outcome with EDF.

“Britain’s nuclear programme is interesting for the entire world because it is a highly developed European country with quite high electricity prices that currently doesn’t have its own (nuclear) technologies.”

Rosatom has now taken the lead in terms of volume of atomic power plants being built and has also been marketing the legacy of the former USSR’s own nuclear disaster, at Chernobyl in 1986, as a lesson learned in nuclear safety.

Referring to the UK’s guaranteed price, also known as a contract-for-difference (CfD),  Komarov said, “This is a very comfortable scheme that guarantees return on investments.”

“We are waiting to see what agreements EDF reaches. If we see that we can get a return on our investments, we will enter the project with great desire. I think today we have reasons to be optimistic that this might happen.”