A U-Battery Developments micro-modular reactor has been selected from among a pool of eight vendors to progress through to phase 2 of the UK’s Department for Business, Energy and Industrial Strategy’s Advanced Modular Reactor (AMR) competition.

The AMR competition is part of the UK government’s Energy Innovation Portfolio in which U-Battery – which is part of nuclear group Urenco – has been awarded almost £10 million ($13 million) to bring the new nuclear technology to market.

This funding was awarded following U-Battery’s successful participation in phase 1 of the AMR competition, which sought to determine the feasibility of and provide support for the design and development of advanced modular reactor designs.

In phase 1, U-Battery conducted a feasibility study that made the business, economic and technical case for the deployment of U-Battery in the UK and in Canada, where it would be deployed in industrial applications, mining sites and remote locations.

The study also demonstrated how U-Battery could support the decarbonisation of a number of the UK’s critical and strategic heavy and energy-intensive industries, including the paper, glass, steel, ceramics, minerals and chemicals sectors.

A key achievement of phase 1 was to clearly demonstrate to government how U-Battery supported its strategic objectives on climate, and how it could contribute to the UK’s decarbonisation efforts, and in turn, deliver net zero.

U-Battery will now progress to phase 2 of the AMR programme as one of the Government’s preferred bids, and will use the funding from government to initiate design and development work this year, contributing to the first of a kind deployment of a U-Battery, expected to be completed by 2028.

U-Battery has received additional government funding to design and build mock-ups of the two main vessels for the reactor and the connecting duct. The investment was awarded under the ‘Call for Advanced Manufacturing and Materials Phase 2B’, which opened in January 2020.

During the next phases of the programme, U-Battery will be working to form new commercial partnerships to support the next phase and the development of the technology.

Steve Threlfall, General Manager at U-Battery, said he was “delighted” that U-Battery has successfully progressed through to phase 2 of the AMR competition and added: “U-Battery has also been identified as an excellent potential solution for the supply of low carbon industrial heat, which will support the decarbonisation of a number of heavy and energy-intensive industries here in the UK, and enable them to continue to operate as we decarbonise the economy and strive towards delivering net-zero by 2050.”

Boris Schucht, chief executive of Urenco, added that: “Nuclear energy is an important part of the carbon-free energy mix and provides a good complement to renewables. Advanced modular reactors, and other next-generation nuclear technologies, will play a key role in this, and government has committed to supporting their delivery with today’s announcement.

“These types of innovative, advanced small reactors will have a positive environmental impact on parts of our economy which are difficult to decarbonise with other low carbon generation.”

Achieving net zero: Too cheap to meter or too expensive to deliver? 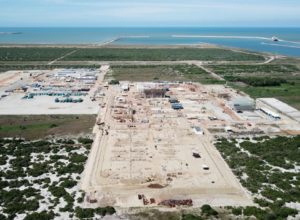