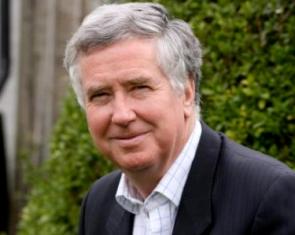 UK Energy Minister Michael Fallon has talked up Britain’s nuclear ambitions as the stalemate between the government and EDF over the Hinkley Point strike price drags on.

He said that the UK is “on the cusp of a newbuild renaissance – we have already attracted significant levels of investment”.

And he claimed that he believed that the government’s Electricity Market Reform package – which is making its way through Parliament as part of the Energy Bill – will “further encourage more investment”.

He said there was a strong level of interest in the UK nuclear programme from Japan, France, Korea and Russia and added that while it was up to private companies to invest, “it is the government’s role to provide certainty”, and said this was what it was doing with its Energy Bill.

“We expect billions to be invested once the Energy Bill is passed,” he told delegates at the World Nuclear Association’s Annual Symposium in London.

Fallon (pictured) said reports that a strike price between EDF and the government had been agreed were “unfounded” but added that “both sides remain committed”.

And he added that “we have got to ensure that the nuclear sector remains vibrant beyond Hinkley”.

Meanwhile yesterday, members of the Liberal Democrat party – which governs the UK in coalition with Fallon’s Conservative party – have voted in favour of building new nuclear power stations, marking a U-turn from a party traditionally opposed to atomic energy.

Yesterday at their annual conference in Glasgow, Scotland, they voted 230 to 183 in favour of backing newbuild plants after UK Energy Secretary and Lib Dem Ed Davey told them it would be “reckless” not to support nuclear.