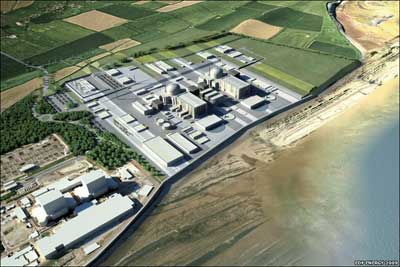 The UK is well placed to act as an “honest broker” of reactor technologies for the rest of the nuclear industry, according to Baroness Worthington, the UK shadow spokesperson on energy and climate change in the House of Lords.

Speaking yesterday at a nuclear debate in London, she said Britain’s extensive newbuild programme – which is a step nearer after the government and EDF last month agreed terms for the go-ahead for Hinkley Point C – allowed the country to showcase the choice of reactors to the rest of the world.

With no UK design in the mix, the eight potential newbuild sites will focus on technology designed by Areva, the Westinghouse and Hitachi-GE.

However, Baroness Worthington (pictured right) stressed that the UK – which has not built a new nuclear plant since Sizewell B, which went online in 1995 – needed to get up to speed with the rest of the nuclear market.

“We have got to significantly increase our spend on R&D, which has dropped to almost zero,” she said, adding that it was clear that post-Fukushima, “nuclear needs very sophisticated PR and the more industry embraces innovation, the easier it becomes to tell the story”.

The need for British nuclear innovation was backed by Adrian Bull of the National Nuclear Laboratory, who said: “The UK needs to move into the global [nuclear] world. We need to put a Union Jack on nuclear technology.”

He said there were lessons to be learned from the UK’s past nuclear achievements and those of France – Britain has built 19 different reactors and used 15 different designs, while France has built 58 utilising just three forms of technology.

He added that the UK had to keep pace with all nuclear developments: “SMRs, fusion, thorium – we n

eed to make sure we have a foothold in them all.”

At the conference yesterday – which was organised by Carbon Connect as part of its on-going Future of Electricity series – there was consensus that Hinkley needed to avoid the mistakes of other European reactors (Flamanville and Olkiluoto) that have been dogged by delays.“We have to make sure we get it right on time and costs,” said Charles Bray, regional manager for the National Skills Academy for Nuclear.

EDF is well aware of these pressures, which is why the company has allowed nine years to get Hinkley (pictured as an artist’s impression) from breaking ground to commissioning.Nigel Knee, EDF’s head of nuclear newbuild external affairs, reiterated that the company wants the project’s final investment decision signed off by July 2014 and the reactor operational by 2023.

He said next summer’s deadline was contingent on the deal passing EU State Aid rules and the UK government’s Energy Bill passing into law. The Bill is chugging its way through Parliament at the moment and there are hopes – don’t hold your breath – that it will be done and dusted by the end of the year.

There are concerns that Hinkley will fall foul of the State Aid regulations, but Knee reassured delegates yesterday that EDF would never have embarked on Hinkley if it believed there was a chance of it falling at the EU hurdle.

He also stressed that “we must have a robust design and avoid the temptation to tinker with that design”.