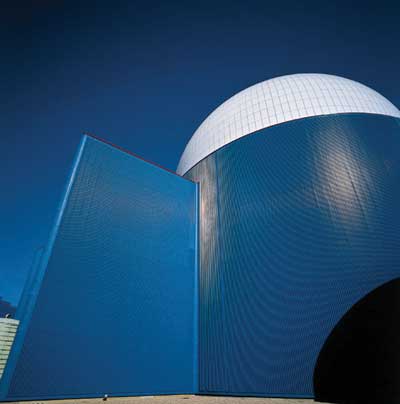 The UK’s Energy Technologies Institute has today released a report which pinpoints how to reduce the cost of new nuclear projects in the UK.

It examined best practices from other nuclear energy programmes from around the world and suggests how these can be applied to Britain’s future nuclear reactors.

“Our findings are clear that many transformative best practices are transferable to the UK context,” said Kirsty Gogan, director of consultancy CleanTech Catalyst which led the research.

The report is a summary from the ETI’s Nuclear Cost Drivers project, which identifies “eight key cost drivers and 35 credible opportunities” to reduce the cost of generating electricity using nuclear power. A full report will be released later this year.

The study suggests that “there are a small number of understandable factors that drive the cost of nuclear plants”.

The project found that cost reductions achieved elsewhere in the world are a result of nuclear programmes focused on improving performance and delivering those reductions.

The ETI said it believes that “there is significant cost reduction potential in the UK, though this will be dependent on all principal actors working together to deliver an integrated cost reduction programme, including the application of learning and a focus on delivering efficiencies in direct and indirect labour supporting nuclear power projects”.

A key finding from the project is that there is clear potential for a cost-reduction programme to materially reduce the duration and risk of nuclear projects, helping to change the perception of nuclear construction risk whilst reducing interest rates and the cost of capital.

Mike Middleton, Strategy Manager for the ETI’s Nuclear programme, said: “As long as nuclear power is cost competitive within the overall energy mix, it has the potential to play a significant role in the UK’s transition to a low carbon economy. The challenge is to realise cost reductions across a sequence of new nuclear power reactors, which can meet the expectations of Government, investors and consumers.

“Unlike other low-carbon technologies such as offshore wind and carbon capture and storage, fleet deployment itself does not necessarily generate cost reduction for nuclear power plant projects. However, such cost reductions cannot be materialised without deployment of a new nuclear fleet. There is evidence of previous UK expertise in the cost-effective delivery of nuclear power projects, but this “know how” must be regenerated through an integrated programme and applied to delivering a fleet of new nuclear projects.

“This report we hope will add to the evidence base which will inform UK nuclear activity in the coming years in support of the soon to be announced nuclear sector deal.”

Gogan added: “Our study set out to understand what drives the range in cost of delivered nuclear plants around the world.à‚ This study can help government and industry to quantify its ambition on cost reduction and develop a plan to get there.

Independent project reviewer Dr Tim Stone said that the report “has shed a great deal of light on the factors which cause some new nuclear projects to be on time and on budget, and some not”. à‚

“It has assembled the best data yet collected and taken a formal analysis together with carefully gathered qualitative views of the project professionals who have led a number ofà‚ different projects where anonymity has enabled a great deal of transparency and honesty.”à‚