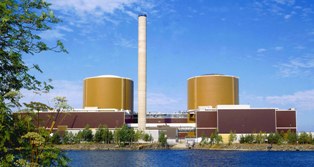 Finnish energy company Fortum is looking to break into the British nuclear market after signing a pact with Russian power firm Rosatom and the UK’s Rolls-Royce.

The collaboration will investigate the feasibility of deploying Rosatom’s VVER-type reactors in the UK nuclear new build programme.

In a statement, Fortum said the first phase of the agreement would see the three firms “launch preparatory work towards generic design assessment of a VVER-type power plant and site licensing”.

The UK government wants to kick-start a nuclear revival – driven by a desire to put more low carbon energy into the grid – and has highlighted eight sites for development.

Key to this revival is the government’s Energy Bill, which is introducing new market mechanisms, including contracts for difference, which guarantee a sum – or strike price – to be paid to nuclear generators for the power they produce.

The first project that would go ahead is EDF’s new reactor at Hinkley Point, however the deal is not done as the French firm is in prolonged talks with the government over what the strike price should be.

However, assuming both parties agree on a price and EDF signs off on Hinkley, the scene would be set for other global players to enter the UK nuclear sector and UK engineering firms with nuclear expertise – such as Rolls-Royce – would benefit from a massive business boost.

He said Fortum’s role in the Rosatom/Rolls-Royce deal “is to support the work by bringing on board our nuclear competence in various areas such as safety and waste management on commercial terms”.

Matti Ruotsala, executive vice-president of Fortum, said: “We see the nuclear programme in the UK as a really interesting opportunity to utilise our wide expertise.”

Fortum has a successful track-record of operating the Russian VVER-type reactors for over 30 years at its Loviisa nuclear plant (pictured) in Finland.