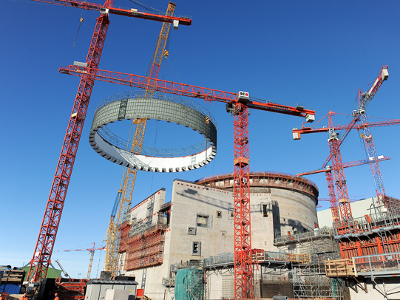 Finnish utility Teollisuuden Voima (TVO) has appealed to the European Commission to allow French rival Areva to be given more state aid by the French government.

The unusual request has been made in the context of a bitter dispute between the two utilities, as TVO believes a more substantial state assistance will help Areva pay arrears owed to it.

Both sides have multibillion-euro legal claims relating to cost overruns at the Olkiluoto 3 nuclear power plant in southwest Finland for over two years.

“Normally you would appeal against state aid to a rival company. We are in favour of the state aid but we think there should be more of it”, said Anna Lehtiranta, senior vice president of corporate relations.

Talks between the companies collapsed back in June 2016. Areva then launched an arbitration process in the International Chamber of Commerce.

Areva, and its former joint venture partner, Siemens of Germany, are suing TVO for €3.5bn in the ICC arbitration case, while the Finnish company is countersuing for €2.6bn. The ICC issued a partial decision in July this year, which TVO says rejected two of the French company’s key contentions. A final decision is expected early next year.

Ms Lehtiranta added, “Areva and Siemens are jointly and severally liable. So if Areva is not able to meet the current and future liabilities, then practically it means Siemens will have to deliver.”