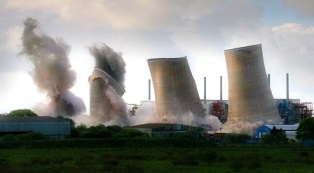 Cavendish Fluor Partnership (CFP) has been formally awarded a multi-billion pound contract to handle the nuclear decommissioning of 12 reactors in the UK.

The deal is with Britain’s Nuclear Decommissioning Authority and CFP ” a joint venture between Cavendish Nuclear and Fluor Corporation ” will take over the 12 sites previously run by site licence companies Magnox and Research Sites Restoration.

CFP said it is anticipated that the contract will provide savings of more than à‚£1.5bn in the 14-year decommissioning programme for the 12 sites, which are Berkeley, Bradwell, Chapelcross, Dungeness, Hunterston A, Hinkley Point A, Oldbury, Sizewell A, Trawsfynydd, Wylfa, Harwell and Winfrith.

Baroness Verma, Parliamentary Under Secretary of State for the Department of Energy & Climate Change, said the deal “marks an important milestone in the long-term environmental restoration programme for the first generation of nuclear sites in the UK”.

NDA chief executive John Clarke said: “By introducing a fundamentally different contract, based upon a clear understanding of the scope of work to be delivered across 12 sites over 14 years, we have been able to generate real competitive tension during the competition process.à‚ We are delighted that our approach looks set to deliver a reduction in decommissioning costs of more than à‚£1.5 billion.”

CFP will now bring in a team of more than 30 senior executives from their parent organisations to introduce a new programme of work over an initial 12-month period.

Kenny Douglas, CFP managing director, said that “crucially, we will be seeking to standardise the processes and approach taken and to maximise learning across all locations, integrating the approach and programmes across all the sites, while delivering locally. Every aspect of delivery will be looked at over the period of the contract to ensure taxpayers’ money is spent as effectively as possible.”

He added: “Ultimately the key to achieving the goals and target cost reductions lies in technical innovation, changing operating arrangements, reviewing the organisational structure, and delivering detailed decommissioning and waste management programmes.à‚  We look forward to getting the job done ” safely, securely and without environmental impact.”