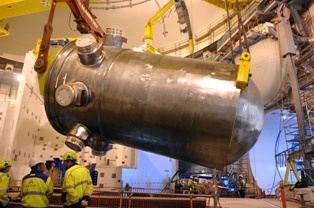 The global market value of nuclear reactor pressure vessels is expected to hit $16bn in the next five years with the Asia-Pacific region driving growth, according to new data.

Research published today reveals that the value of the market between 2006 and 2014 was $4.45bn and this is predicted to quadruple between this year and 2020.

According to the report from research firm GlobalData, the Asia-Pacific will account for almost half of the global market in the next five years.

GlobalData states that of the Asia-Pacific countries, China is expected to hold the highest reactor pressure vessel market share of 48.6 per cent by 2020. It will be followed by India with 27.3 per cent, South Korea with 13.9 per cent and Japan with 3.4 per cent.

Singh added: “Increasing power demand has led to supply shortages in China, compelling the country to seek alternative sources of power generation while also looking to cut its carbon emissions.

“Nuclear energy’s ability to supply substantial amounts of power without emitting carbon makes it a viable option. Due to the intermittent nature of renewable energy sources, the majority of China’s power demand will be supported in the coming years by nuclear power plants, which will require large-scale developments.”