By Power Engineering International
May 7, 2014 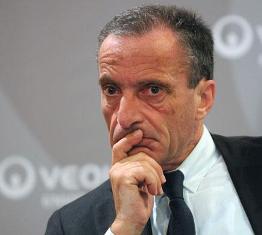 Henri Proglio, chief executive of EDF Energy, has warned the French government that the company’s nuclear reactors will only meet half of France’s power needs by 2030.

“By our estimates, the existing nuclear fleet will probably barely suffice to meet 50 per cent of French electricity needs around 2030,” Proglio told a parliamentary hearing today in Paris. “Energy needs in France will continue to grow.”

President Hollande has pledged to cut reliance on nuclear power, cutting it half of total power output by about 2025 from 75 per cent now. His government is due to unveil legislation outlining a shift away from nuclear towards renewables in the coming months.

EDF and its partners will seek compensation for the closing of Fessenheim, Proglio said, declining to elaborate. The utility allocates 17.5 per cent of power produced by the 1,800 MW plant to Germany‘s EnBW Energie Baden-Wuerttemberg AG and 15 per cent to Swiss group CNP, its annual report shows.

State-controlled EDF plans to spend $77bn by about 2025 to renovate, extend the lives and improve the safety of its reactors, Proglio reiterated. The investment plan depends on extending the lives of the plants to 50 years.