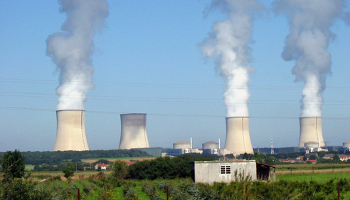 At least seven power plant workers died in separate incidents in France and the Philippines in the last 24 hours.

Two workers were killed at the Cattenom nuclear power plant in Moselle, France, while five people were confirmed dead at the Leyte geothermal power plant in the Philippines.
Six more are missing due to the Filipino incident after a rain-triggered landslide hit the Lopez Group-owned 700 MW Upper Mahiao Geothermal Project today.

Of the 43 employees at the site, 32 have been safely accounted for, 8 are in the hospital for treatment of injuries, such as fractures and difficulty of breathing due to inhaled sulphuric fumes.

The Cattenom accident occurred on Thursday afternoon when three workers fell four metres from a cherry-picker platform in a part of the plant that was closed for maintenance.

The two dead men were aged 42 and 44. The third victim is not thought to be in critical condition.