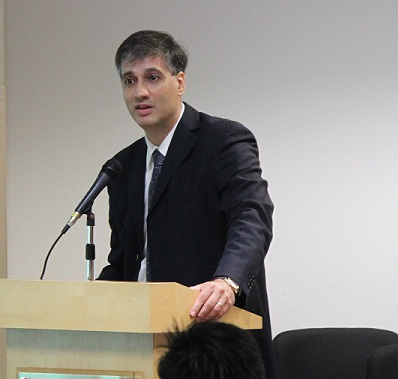 Asia will account for 80 per cent of global nuclear capacity additions by 2040, conference delegates at POWER-GEN Asia were told today.

Speaking in Bangkok, Antonio Della Pelle, managing director of Enerdata in Singapore, set that nuclear will increase more than 350 per cent on its current capacity by 2040, and more than half of the newbuilds will be in China.

He said China would become the nuclear energy superpower, not just in terms of capacity but also in terms of having the best technology to export.

“Our children, when they talk about nuclear, will talk about China,” he added.

With one 2.4 GW new nuclear plant already going ahead in Vietnam and being built by Rosatom, he said other countries were seriously considering atomic energy, such as Indonesia and Malaysia.

He said for Asian countries nuclear was a serious option for their energy mix because “if we look at the levelised cost of energy, nuclear is the cheapest next to coal”.

“And by 2040 it will be the cheapest ” while solar PV will see the largest reduction in the levelized cost of energy.”