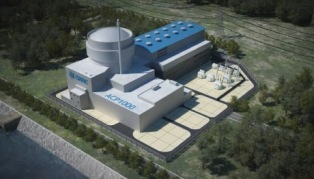 Pakistan broke ground this week on the nation’s largest civil nuclear power plant, which will be built with China’s help.

This is not Pakistan’s first nuclear project with China. A previous, smaller project at Chashma in Punjab features two operational reactors with a capacity of 300 MW, and two additional reactors are under construction.

But commentators said this new collaboration is significant in size and importance, representing a move by China toward becoming a global nuclear supplier and a step by Pakistan to address its ongoing and politically tendentious energy crisis. As part of this strategy, Pakistan has also announced plans to build an additional six nuclear plants around the country.

Some critics have questioned whether China’s assistance with the Karachi project could violate its membership in the Nuclear Nonproliferation Treaty or run afoul of guidelines on the export of nuclear technology set by the Nuclear Suppliers Group, of which China is also a member. But China has stated that its obligations will be met and that the project will be subject to international supervision.

Pakistan’s Nuclear Energy Vision 2050 programme aims to have around 40 GW in nuclear power in place by 2050.à‚