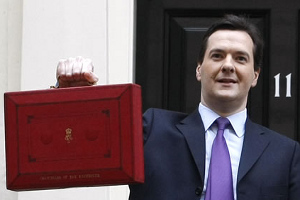 The Chancellor of the Exchequer George Osborne announced the UK budget on Wednesday, and provisions for the energy sector are very much aimed at assisting manufacturers to cope with rising energy bills.

The budget speech has drawn a mixed reaction from the energy sector in Britain.

“We need to cut our energy costs and will be investing in new sources of energy. New nuclear, renewables and a shale gas revolution. We are going to do this by promoting energy efficiency, by tilting the playing field.”

“Above all we are going to have a à‚£7bn package to cut energy bills for British manufacturers.”

Osborne went on to tell the House of Commons in a televised speech that he intends to cap the carbon price support rate at à‚£18 a tonne from 2016/17 to the end of the decade and will extend the existing compensation scheme for energy intensive industries until 2020. Heavy energy users are responsible for 35 per cent of the UK’s manufacturing exports and employ over half a million people.

“This scheme helps the companies most at risk of leaving remain in the UK.”

In further measures that will be well received by heavy industry, Osborne said he was introducing “new compensation of à‚£1bn to protect manufacturing from rising costs associated with renewable obligations and feed in tariffs that would make up one third of their energy bills by the end of the decade.”

The UK’s primary business lobby, Confederation of British Industry, welcomed the budget. “Our energy intensive industries are crucial to building a low-carbon economy and its right the Government is taking action to mitigate the cost for these firms. But many more businesses across the country are struggling with high energy costs and these measures will help support key sectors against tough international competition.

“We now need to see action from ministers to secure an ambitious EU-wide 2030 emissions reductions target to drive investment in our low carbon future.”

The country’s green power interests are however disappointed with the budget’s implications for renewable power. RenewableUK’s Director of Policy, Dr Gordon Edge, said: “Although it was good to see the Chancellor specifically naming renewables as a key part of the plan to cut our energy costs, the freeze in the Carbon Price Support level will chill the mood of some investors in clean energy projects. The Chancellor introduced the CPS to stimulate green growth by penalising fossil fuel polluters. Now some of that growth is at risk, despite the Chancellor’s assertion today that there will be no reduction in investment in renewable energy.

“By freezing the CPS there will inevitably be a squeeze on the pot of money set aside to support renewables ” the Levy Control Framework. This will limit the Government’s room for manoeuvre as it strives to meet its 2020 renewable energy target.

There was good news however for the country’s combined heat and power businesses. Mr Osborne told Parliament that CHP will be exempted from the carbon price floor, as part of a à‚£7bn package to cut energy bills for British manufacturers.

“There will be an exemption from the carbon price floor of combined heat and power, which lots of manufacturers use,” he said.

The chancellor’s energy focus for this budget was primarily driven by assisting the UK’s manufacturing sector and he said such measures will be delivered without any reduction in renewables investment.

Osborne told the House that the legislation ’tilts the playing field’ in favour of efficient industrial energy.

The UK CHPA were delighted with the exemption. In an emailed statement, CHPA Director Dr Tim Rotheray said, “It is through energy efficiency investments like combined heat and power that we can secure thousands of manufacturing jobs and keep UK industry competitive over the long term. Industrial energy efficiency makes savings of à‚£165m every year which is the equivalent of nearly 6,000 manufacturing jobs. This announcement will help some of the UK’s most energy efficient industrial sites continue to grow, invest, and protect jobs in key manufacturing sectors.