The Toronto-based utility is doing engineering and design work with GE Hitachi, Terrestrial Energy and X-energy. SMRs, if built and commissioned, could generate anywhere from one to 300MWs of carbon-free energy into the grid and deployed at a fraction of the conventional nuclear project cost.

“OPG is leveraging more than 50 years of nuclear experience to support the development of carbon-free nuclear technology. Our work with these three developers, along with our partnership with Global First Power and its SMR project to support remote energy needs, demonstrates OPG’s unique position to become a world leader in SMRs,” said Ken Hartwick, OPG president and CEO. “SMRs will play a key role in helping to reinvigorate Ontario’s economy and further support the province and Canada as they work toward meeting their climate change targets of zero-emission electricity.”

Keep an eye out for issue 5 of the Power Engineering International magazine, featuring an update on the UK’s small modular reactor market.

The nuclear power industry creates close to 70,000 jobs nationally, mainly in the Ontario region. Last year, the province joined with New Brunswick and Saskatchewan to sign a memorandum of understanding (MOU) putting a framework into place for deploying SMRs in those jurisdictions.

Two months ago, the provincial leaders of Alberta signaled their intention to enter into the MOU.

“For decades, Ontario has led Canada’s nuclear industry in safe, carbon free, reliable nuclear generation,” said Bill Walker, associate minister of energy. “With over 70,000 jobs supporting this key sector of our economy – the vast majority based here in Ontario – we are poised to lead the world in the development and deployment of small modular reactors.”

In the US, the Federal Nuclear Regulatory Commission has given approval to Portland, Oregon-based SMR developer NuScale Power for its design. NuScale and other companies are working toward operational projects.

Nuclear power accounts for about 19-20% of the US electricity generation mix and more than half of the carbon-free power.

The Future of SMRs will be front and center in a POWERGEN+ online session next month. The SMR session will be 2:30-3:15 p.m. Eastern Time on Monday, November 9. Register here to find out more about POWERGEN+ virtual series. 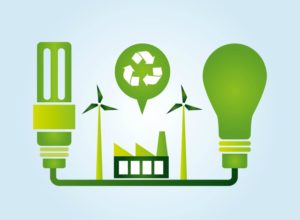