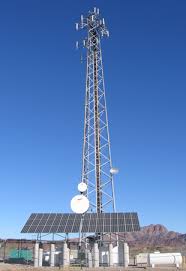 New analysis of the global renewable/diesel genset hybrid power systems market finds that the sector earned revenues of $358.4 million in 2013 and is estimated to reach $552.2 million in 2018 at a compound annual growth rate of 9%.

According to a report from Frost & Sullivan, with a lack of grid connectivity in distant and rural areas – especially in developing countries – prompting end users to retrofit or replace ubiquitous diesel generator sets with cost-effective and efficient hybrid power systems. Latin America and Africa are expected to witness the fastest growth.

In addition, the relatively higher capital costs of hybrid power systems compared to diesel generator sets, and increased costs incurred while transporting these solutions to far-flung areas can deter uptake.

Nevertheless, cost may become less of a concern among customers with the gradual reduction in the prices of solar modules and wind turbines, which are the dominant renewable energy sources for hybrids. The cost of installation and equipment required for the use of hybrid power systems is decreasing as well.