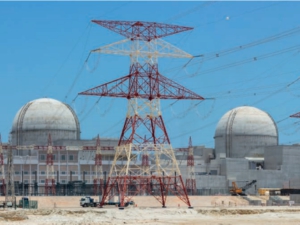 The nuclear sector must step up its game if it is to meet its goal of supplying 25 per cent of the world’s power by 2050, the World Nuclear Association’s (WNA) latest report has shown.

While the 2017 World Nuclear Performance Report found that construction time for new reactors has been falling, with the average time for reactors coming online in 2016 put at around six years, the industry is aiming to meet an ambitious target of 1000 GW of new build by 2050.

Last year saw the largest annual increase in new nuclear capacity in 25 years according to the report, with over 9 GW coming online in 2016. Of the world’s 448 reactors, ten began producing power last year and three were shut down, resulting in a net capacity increase of around 8 GW.

Nuclear installations supplied 2476 TWh worldwide, an increase of 35 TWh on 2015’s figure. According to the report, the rise is the result of both new reactors coming online and performance improvements in the existing fleet, which featured an average capacity factor of 80.5 per cent.

However, WNA head Agneta Rising said that while 61 reactors were under construction at the end of 2016, “the pace of new construction starts must accelerate to provide the reliable electricity needed to support global economic growth”.

There were only three construction starts last year and, with ten units having completed construction, the number of reactors being built fell from 68 at the start of 2016. Reactor construction in China resumed in September after a pause, while Korea’s Shin Kori unit 3 APR-1400 reactor came online in January and Russia’s Novovoronezh II VVER-1200 in August. The first of four APR-1400 reactors at the UAE’s Barakah plant is expected to come online next year.

In Japan, restart of the 48 reactors taken offline after the Fukushima disaster has been delayed, but five have now been restarted and 19 are in-process. And the UK’s Hinkley Point C was greenlighted for construction, with more plants planned for the future.

In her conclusion to the report, Rising pointed to barriers to fast new construction including lengthy approval times, legal challenges, and the lack of a supply chain and local expertise for first-of-a-kind reactors in countries where there may not have not been any nuclear new build for decades.

“There needs to be a ‘critical mass’ of construction in these regions to bring the benefits of series build and construction experience that will help deliver reactors on time and within budget,” she said.