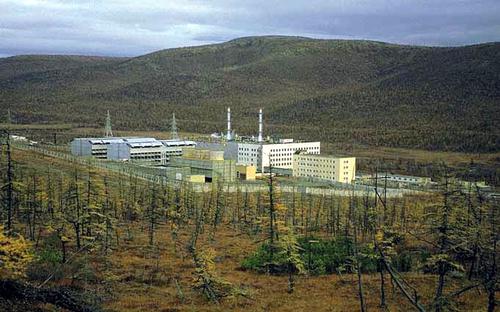 The safety system at Unit 1 of the Bilibino nuclear power plant in Russia’s most northeasterly region of Chukotka automatically shut down on Tuesday.

State-owned nuclear utility Rosenergoatom hasn’t made clear why the action occurred at the plant located in the Arctic Circle, but radiation levels in the 30-kilometer (19-mile zone) are within the normal background range.

The Bilibino nuclear plant, built on top of permafrost, was commissioned in the 1970s and has four reactors. Units Two and Four are in operation and Unit Three has been shut down for repairs.

The power plant is the only source of heat and electricity for the town of Bilbino, which has 5,500 inhabitants.

Bellona, a Norway-based environmental organization, reported in 2010 that the power plant’s safety systems had exceeded their 30-year life span by the early 2000s, but are still in service. It is unclear whether they have been upgraded since.