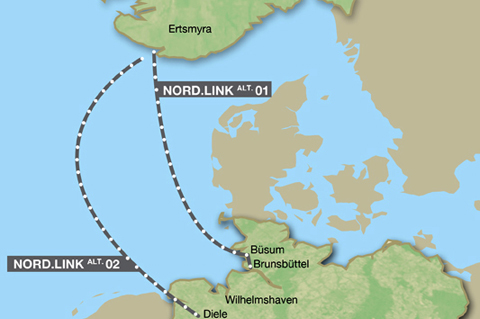 Norway has expressed its concerns about going ahead with a $2.8bn subsea cabling project as it believes the link between it and Germany may prove to be unprofitable.

Discussions between the two governments are aimed at discovering whether the 387-mile-long cable is worth it from a Norwegian point of view.

Norway’s state- owned Statnett SF wants assurances from the German government that the works dubbed Nordlink will be part of a future capacity market that pays for backup power.

“We have been able to discuss this matter with German authorities on several occasions and we have made it clear that it is of great importance for the profitability of the cable project to be included in a future capacity market,” Christer Gilje, a spokesman for Statnett told Bloomberg.

The cable would be the first direct power link between the nations, running from Tonstad in southern Norway to Wilster in northern Germany. It would have the capacity to transmit 1.4 GW of power starting in 2018 and would allow Norway to export excess hydropower. Germany would use it to offset intermittent production from renewables, mainly wind farms in the north.

It’s one of the key links Germany needs to ensure its grid is flexible enough to handle increasing flows ofà‚ renewable energyà‚ that will replace nuclear power by 2022.

The German and Norwegian governments are holding “intense discussions” over whether to include the cable in the capacity market, Torsten Albig, premier of the northern Schleswig- Holstein state, where the line would make landfall, said in an interview last week.

Nordlink would enable excess German wind-power to be sent to Norway. Hydroplants in Norway can then store the power for delivery back to Germany when consumers need it most.