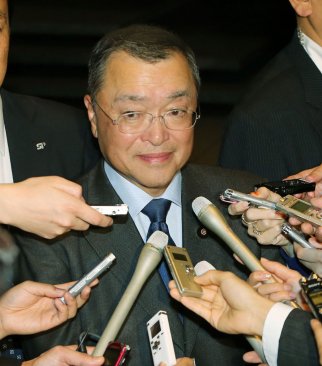 Japan’s new Trade minister, Yoichi Miyazawa, says he will continue with the policy of re-starting nuclear reactors that are deemed safe by the atomic regulator.

His comments will be a boost for Japan’s nuclear industry, which has found it difficult to restore confidence in the sector, following Fukushima.

“There is no question that atomic power is an important baseload energy source for Japan’s future,” said Miyazawa.

All 48 of Japan’s nuclear reactors were gradually taken offline after 2011 and opinion polls have consistently shown that a majority of Japanese are opposed to restarting reactors since the meltdowns at the Fukushima Daiichi station after an earthquake and tsunami.

Kyushu Electric’s two-reactor Sendai plant passed the Nuclear Regulation Authority’s (NRA) key safety check last month and is expected to be the first to be restarted under strict guidelines set by an independent regulatory agency.