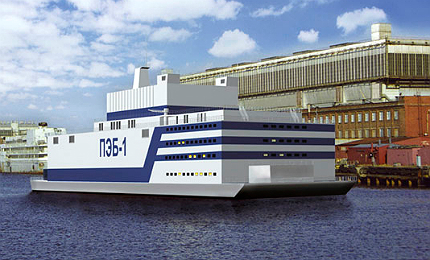 Russia’s first floating nuclear power plant has moved a step closer to completion after the two reactors were installed on the Akademik Lomonosov in St Petersburg.

The milestone event saw the first 220-tonne steam generating unit – including a 35 MWe KLT-40S reactors placed in the vessel’s reactor compartment at the Baltiysky Zavod-Shipbuilding shipyard in St Petersburg.

Russia’s OKBM Afrikantov completed the assembly of the two reactors for the country’s first floating nuclear power plant, the Akademik Lomonosov, in 2009. The assembly and acceptance testing of the reactors was conducted at the Nizhniy Novgorod

The plant is now scheduled for delivery on 9 September 2016 and will be deployed near the port of Pevek on Russia’s Chukotka peninsula on the East Siberian Sea.