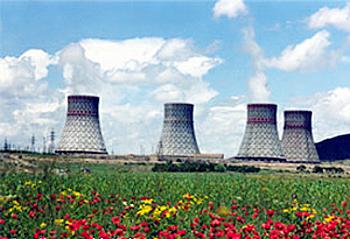 Armenia is to receive an intergovernmental loan from Russia to enable it to keep the Metsamor nuclear power plant open.

The 37-year old plant’s lifetime expansion is expected to cost around $150m although the ARKA News Agency quoted the secretary of Armenia’s nuclear safety council as saying that a final figure had yet to be arrived at.

”First, we will have to approve the project, carry out troubleshooting and make a list of the required equipment. Only after then we will be able to speak about the project cost,” Vahram Petrosyan said

Russian president Vladimir Putin said that the Russian state-owned nuclear company, Rosatom will collaborate with Armenian experts to extend lifetime of the plant, which has two VVER 440 reactors, for another ten years.

The 408 MW plant provides 40 per cent of Armenia’s energy. It is located in a major earthquake zone and was built without a containment structure, which has led international leaders to repeatedly call for it to be closed.

However, the International Atomic Energy Agency found that the plant has adequate safety and can function beyond its design lifespan, while Armenian authorities and nuclear experts have also dismissed the possibility of a repeat of Fukushima, citing numerous safety upgrades the plant has received since one of its reactors was restored into operation in 1995.