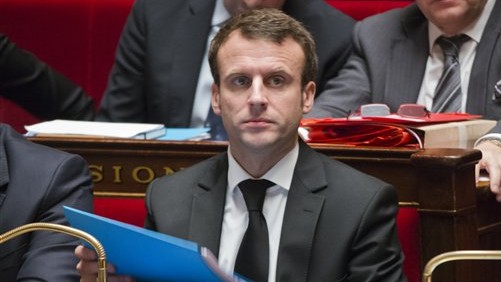 French presidential candidate Emmanuel Macron could delay plans to reduce the share of nuclear power in France’s generation mix by 2025.

Reuters reports that the favourite for the presidency is considering that delay as well as a UK-style subsidy mechanism to build new nuclear reactors.

An official spokesman for Macron said the candidate would stick to the policy outlined in his campaign platform, but would relax the deadline., good news for EDF, already struggling with high debt, which otherwise could be forced to close more than a dozen of its 58 reactors.

A new subsidy mechanism for new nuclear plants would also allow the utility to build reactors at home in the coming decades.

Macron’s opponent Marine Le Pen is strongly in favour of nuclear power and against wind energy.

Meanwhile EU antitrust regulators are investigating whether EDF’s bid for a majority stake in Areva’s nuclear arm would hit competition and innovation in the nuclear services market.

The European Commission is currently examining a deal that would see state-controlled EDF acquire 51 to 75 percent of Areva NP, which designs, makes and services nuclear reactors. The sale is part of loss-making Areva’s rescue plan. A decision will be made on May 29th.

The Commission has asked rivals and customers how the deal will affect prices, innovation and quality, the source said, speaking on condition of anonymity due to the sensitivity of the matter.