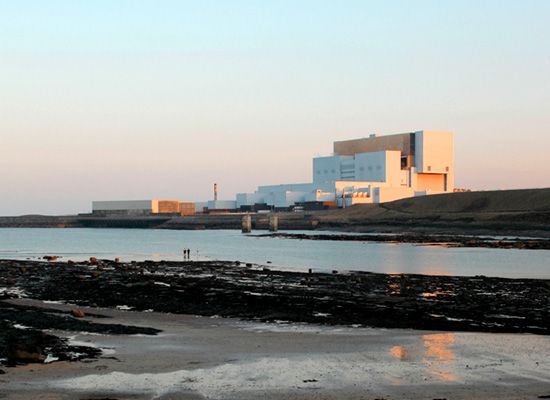 An investigation has been launched after a radiation leak was discovered at the Torness nuclear power plant in East Lothian, Scotland.

EDF confirmed that radioactive tritium was discovered in water contained in part of the power station’s drainage system. The discovery was immediately reported to the Scottish Environment Protection Agency (Sepa) and the UK government’s Office for Nuclear Regulation (ONR).
A suspect waste discharge pipe at the plant has been taken out of service, and contaminated water has had to be been removed and disposed of. Government nuclear power plant safety watchdogs have carried out an inspection and are being kept informed of investigations.

Sepa and ONR have conducted a joint inspection of the plant’s drainage system to gain oversight of efforts to trace the source of the leak. “ONR is satisfied that there are no safety concerns and welcomes the actions taken by EDF Energy to investigate the cause of this incident,” said an ONR spokeswoman.

The radiation leak was detected on February 11 and disclosed to a meeting of the Torness local liaison committee on March 19. Though the amount of radioactivity involved is said to be small, there are growing concerns that the ageing 27-year-old nuclear plant could develop more serious problems.

He disclosed that investigations were focusing on one of the plant’s four effluent discharge pipes. “This particular pipe has been taken out of service until the investigations are satisfactorily concluded,” he said.

Nuclear reactors at Torness had to be unexpectedly shut down four times in 2014 because of a series of nuclear power plant equipment faults.