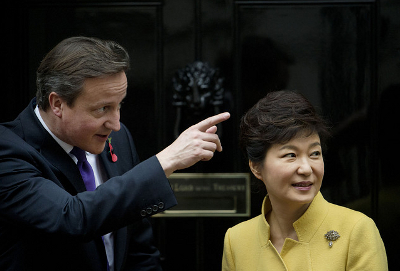 Beset by difficulties in their domestic market, Korean companies are seeking a way into the UK nuclear power generation scene.

The Guardian reports that South Korea is likely to take a stake in the British nuclear industry as the financing deal with France and China for a new reactor in Hinkley Point Southwest England has attracted greater interest.

Ministers have agreed to guarantee a generous price of up to £92.50 per megawatt-hour of electricity for 35 years, more than twice the current market rate.

The Korean atomic industry has suffered a scandal over fake safety certificates but the UK and South Korea industries have vowed to help restore credibility and build closer links in this sector.

Lloyd’s Register, which provides risk management services, has been hired by Korea Hydro & Nuclear Power Company to help give the country’s reactors a clean bill of health.

But senior executives for the London-based Lloyd’s say the relationship is a two-way process with the Koreans also looking at the best route to enter the British market in the aftermath of the Chinese investment in Hinkley Point.

“Discussions are ongoing and I would not be surprised to see, in a year or so’s time, the Koreans taking an equity investment in the UK market,” said Richard Clegg, a managing director at Lloyd’s Register and a former chief scientist at the UK Atomic Weapons Establishment.

David Cameron met the South Korean president, Park Geun-hye, two weeks ago and the leaders promised to increase commercial ties in everything from nuclear power to financial services. The Lloyd’s deal, which was signed on the sidelines, will help with the safety certificate problem that has forced some of the 23 South Korean reactors offline.

Clegg believes that Toshiba and Hitachi of Japan, which have their own different consortiums for building potential new plants in Britain, can be expected to press ahead with firm investment plans too.