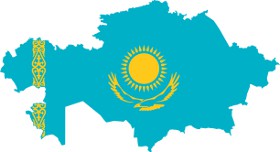 Kazakhstan is to be assisted in the development of its nuclear power plants by Japan after the Japan Atomic Power Co. and a Marubeni Corp. affiliate signed an agreement on Tuesday.

The agreement came after consultation between the Kazakh National Nuclear Center and the Japanese firm in Tokyo during a meeting on economic cooperation among governments and businesses from both nations.

The Japanese will offer cooperation in such areas as locational surveys and personnel training to Kazakhstan, which plans to construct nuclear plants in the 2020s.