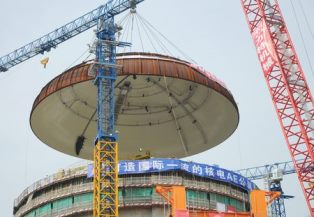 Three countries have been highlighted as growth regions for the nuclear power industry by a global professional services consultancy.

Unsurprisingly, one is China, however the other two spotlighted by Procorre are Jordan and Vietnam.

Procorre states that “five years on from the Fukushima disaster, a number of countries have started heavily investing in their nuclear industries for the first time and are taking steps to increase the amount of energy generated by nuclear power”.

Jordan currently imports over 95 per cent of its energy however Procorre says that it hopes to generate nearly half of its own electricity using nuclear power by 2030.

Procorre says that in recent years most of Vietnam‘s energy supply has come from hydropower. “However, due to rapid growth in demand for electricity, the country is currently facing an electricity shortage. Plans have been put in place to develop the country’s nuclear offering. It is expected that 5.7 per cent of the country’s electricity will come from nuclear power by 2030. With Russia financing 2400 MW of nuclear capacity from 2020, and Japan financing an additional 2200 MW of construction, Vietnam is well on its way to becoming a country of interest for consultants as well as investors.”

Stuart Livingstone, group operations director at Procorre, said: “We’re currently seeing a boom in technological developments both in countries with emerging nuclear capabilities and those more established countries, meaning the future of the industry is looking very promising.”

He said that “despite a period of instability, the nuclear industry is picking itself up and creating a wealth of opportunities.”