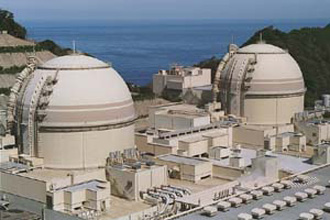 In what has been called a landmark ruling, a Japanese court has vetoed utility Kansai Electric Power Co’s plan to restart two of its nuclear reactors.

Reactors 3 and 4 at the Ōi power plant in Fukui, 500 km west of Tokyo, are currently offline pending safety inspections by the nation’s Nuclear Regulation Authority.

The court ruled in favour of a suit brought by local citizens claiming that the reactors, which are located in a seismically active area, should not be restarted because they could be damaged by earthquakes. While Kansai Electric offered safety guarantees, they were deemed inadequate by the court.

“From the perspective of protecting personal rights and health from radioactive substances, this leaves doubts about whether safety technology and equipment will be sufficient,” the court said. “To the contrary, it forces us to admit that this is a fragile notion without a firm basis, predicated on an optimistic outlook.”

The decision is the first of its nature by a Japanese court since the Fukushima accident in 2011. As many as 30 similar suits are reportedly pending across the country, but few have succeeded. Osaka’s regional high court, which has jurisdiction over Fukui, has turned down similar suits including a separate suit against the Ōi plant.

While yesterday’s ruling is not final and thus cannot actually prevent a restart, it amounts to a public criticism of Japan’s nuclear industry and its safety procedures. Given this, analysts say it is unlikely that the utility will restart the plant due to the public criticism it would incur.

Kansai Electric said the ruling was “regrettable” and plans to appeal.