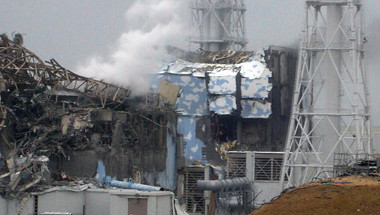 The regulator has found that Tepco has come up short in reporting its data and is to instruct the utility in how to measure radiation rates and create a map of contaminated areas.

The regulator is stepping in two days after Prime Minister Shinzo Abe presented a new policy allowing for government intervention to deal with leaks of contaminated water at the site 220 kilometers (137 miles) northeast of Tokyo.

The regulator’s concerns increased after Tepco gave a radiation reading on a pipe at a storage tank, which was felt to be an incorrect measure in terms of surface area contamination.

Shunichi Tanaka, the NRA’s chairman, said at a meeting in Tokyo, “Tepco should have used becquerels per unit area,” he said. “The wrongdoing led to concern that there was a lot of contamination but basically this is just surface contamination affecting a 20 square-centimeter area.”